Three of the films listed on this movie wall star prominent actor Samuel L. Jackson, who is a trained diver with a longtime interest in the ocean. Jackson initially majored in marine biology at Morehouse College in the early 1970s. In 2019, he used his diving skills while filming Enslaved, a documentary series that partnered with the non-profit Diving With A Purpose, and filmed in part at the History of Diving Museum. Jackson has also trained with commercial dive gear for his work in the films Sphere and Deep Blue Sea. 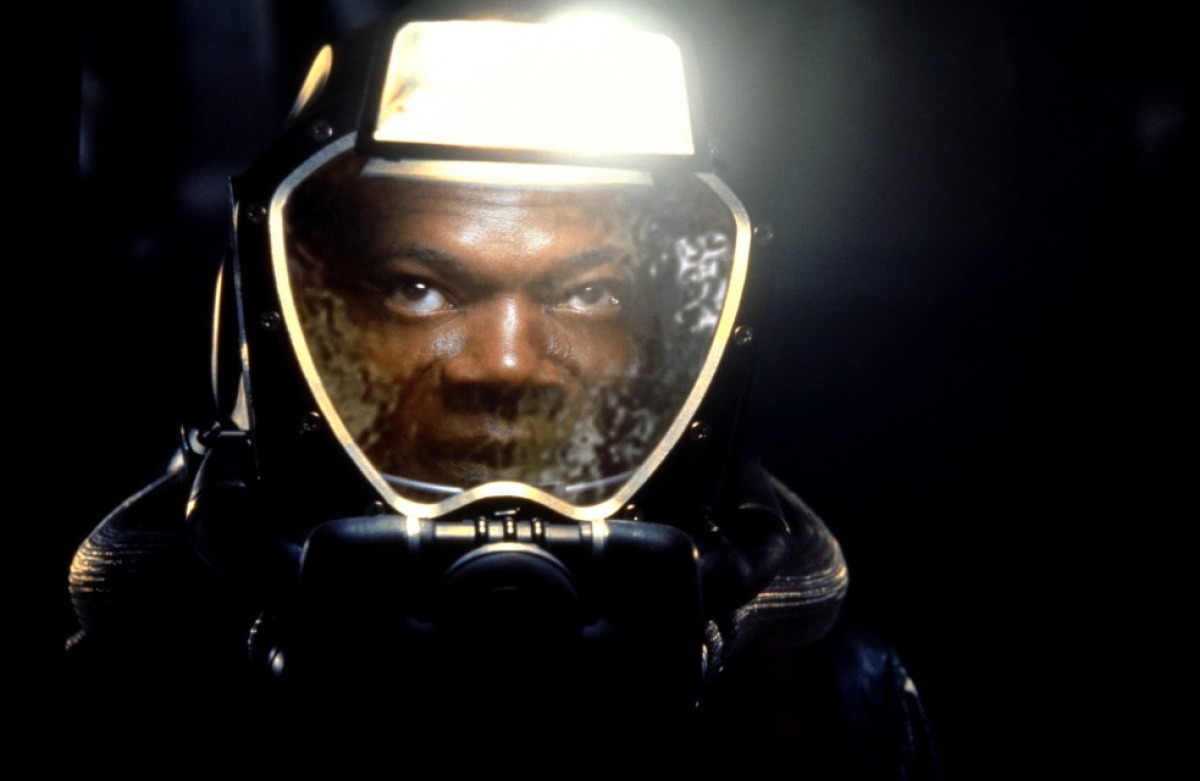