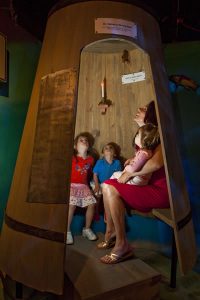 Step through more than 4,000 years of diving history–from breath hold divers and early improbable diving machines to the development of the diving helmet and the change to swim diving with early SCUBA. Sit inside a replica of Edmond Halley’s 1691 diving bell, and test how long you can hold your breath. 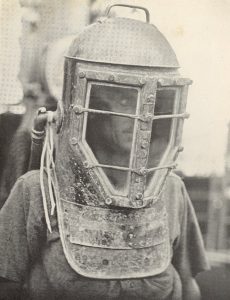 Learn how the Miami-made Miller-Dunn divinhood gave rise to four major areas of diving: sport diving, underwater photography, treasure diving, and marine biology. View our collection of open-bottom and homemade helmets–some made from unorthodox materials and at least one used to break the law. 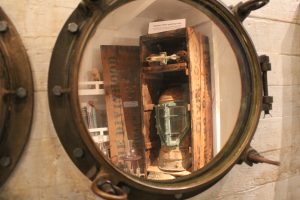 William Beebe started out studying birds but became known as the father of modern marine biology. Peer into Beebe’s lab aboard the Arcturus to see how diving influenced the beginning of modern marine biology. Next door, view the gear Matt Johnston used and watch a video clip to learn about his historic diving adventure in the Florida Keys, and dunk a helmet to discover why extra weight is a diving necessity. 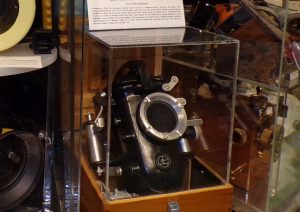 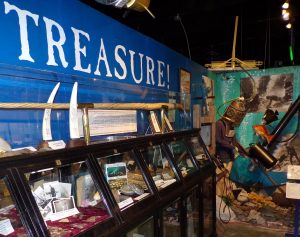 Hear the story of local treasure hunter Art “Silver Bar” McKee, known as the father of modern treasure diving. See some of the actual treasure salvage tools used by McKee, and sunken treasures recovered by him and other famous treasure salvors. Admire a 16th century iron treasure chest and a 70 pound silver bar–from the Atocha–that you can touch and lift. 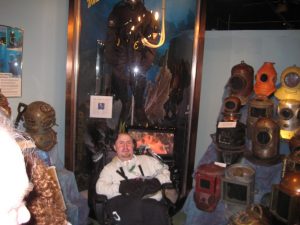 Matt Johnston was the first ventilator-dependent quadriplegic ever to SCUBA dive. On display in this section of the South Florida adventure is the gear he used to make this historic dive. You can also play a clip from the Today Show about how Matt was able to achieve his goal right here in the Florida Keys. One of our most popular exhibits, Matt’s story is truly inspirational! For more information on Matt Johnston and his current projects, check out OceanOpportunity.com . 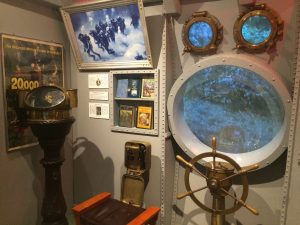 Dive the depths as one of Captain Nemo’s crew and take the helm as a giant sea creature’s tentacle reaches within your vessel. Learn what influenced Jules Verne in writing the book and the impacts his writings have had. Marvel at a model of Nemo’s Nautilus and the first working replica of his helmet, as seen in Disney’s film. 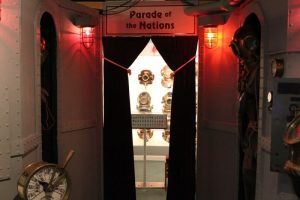 A unique moving light show–narrated by one of the museum’s founders–presents 45 rare and precious helmets floating in a back-lit semicircle. These significant diving creations from 24 nations are compared side by side, illustrating the international scope of one of the world’s largest collections. 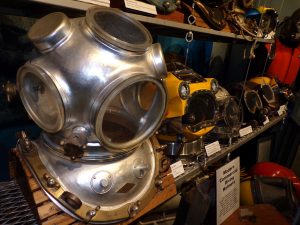 This exhibit pays tribute to the world of commercial diving, an industry that is essential to our way of life. See an underwater chain saw and cutting torch as well as a variety of helmets used in this demanding line of work. Watch a short film to find out how commercial diving affects you. Scope out one of the world’s largest collections of helmets.

Military & Origins of the Mark V 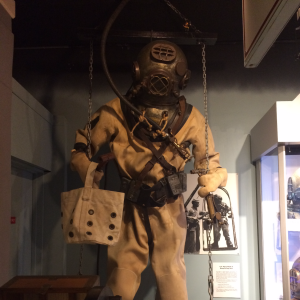 The Mark V is the most famous and coveted diving helmet in the world. Discover how the best aspects of the Mark I, II, III, and IV yielded the Navy Standard Mark V for military diving, then learn how to spot a fake. See knives and other tools, a dressed Navy Diver up on a stage, and a black and white military instruction video from 1944. Explore military salvage operations and the divers that made them possible, and glimpse their challenges and motivations in our touch screen interactive.

Lights and Voices in the Sea 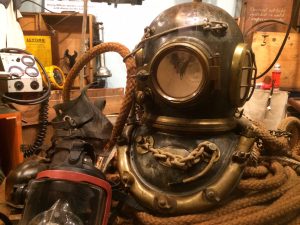 Lights revealed the mysteries and the dangers of the sea, open flames progressing to electric lamps. Signaling to the surface advanced from tugging on a line to telephone handsets and communication boxes. View our collection of underwater lighting and communication devices in this unique diving technology exhibit. 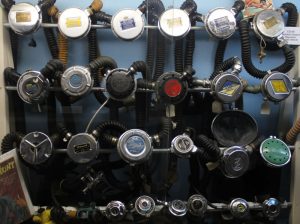 SCUBA evolved along two lines–regulators and rebreathers–both invented nearly 200 years ago. From continuous air flow backpack regulators and rebreathers to demand regulation, view the variety of apparatuses developed along the way to the recreational diving that so many of us enjoy today. See some of the earliest rebreathers, a collection of single and double hose regulators from around the world, and reproductions of the first demand regulator and buoyancy compensator. 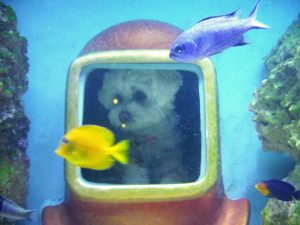 Don’t miss our living collection in our colorful aquarium. You can even see inside from a diving helmet. A great photo opportunity for the whole family!

Deep Diving in the Abyss 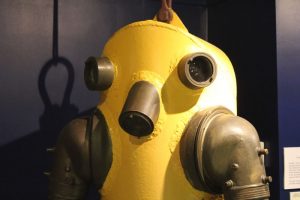 Our collection of atmospheric diving suits is truly spectacular. Discover the exploits of these armored suits used to take man down underwater to the deep sea and bring him safely back again. Learn the story of the ill-fated Artiglio and the salvage of Egypt’s gold. See an early collapsible decompression chamber and the only underwater petroleum lamp with pump of its kind known to have survived. Go deeper than you have ever been by watching a film that takes you down to the abyssal plain. Sponge Hunters: Key West Hookers, Bahamian Free Divers, and the Hard Hat Divers of Tarpon Springs will be on display May 19 through December 31, 2022. Learn about the sea sponge and its uses, from the long history of fishers to modern fisheries, current restoration efforts and the various dive methods used in seeking out this treasured aquatic animal. 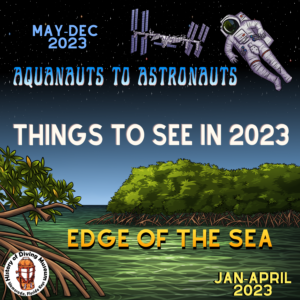 January- April 2023 Dive Into Art: Edge of the Sea This exhibit is a collaboration with the Art Guild of the Purple Isles and local students to celebrate the plants and animals that thrive where land meets the sea. Enjoy artist interpretations of mangroves, tidal zones, and the unique wildlife to be found in these habitats. It will also include art from local students. May-December 2023 Aquanauts to Astronauts Our second featured exhibit for 2023 will focus on the fascinating journey from aquanauts to astronauts. Join us as we delve into the relationship diving equipment has with space travel, how it helped us get there, and what features are shared between them. This exhibit will feature stories and artifacts from NASA, including how they used diving to train future astronauts.
Scroll to Top
Scroll to Top